Picture your favorite wine. See its color in your glass, enjoy its special aromas, appreciate its flavors and texture on your palate, and savor its lingering finish. How would you feel if you could get hold of a bottle of your beloved wine that contained ten glasses? Twenty? One hundred? Two hundred?

While it cannot be guaranteed that such a huge bottle of your treasured vino is out there, you can be sure that astonishingly mammoth bottles of wine do exist (and you thought you were in heaven with your 750ml). Read on for the rundown on wine bottle sizes and be prepared to indulge in some wine fantasies plus improve your knowledge of biblical kings and prominent ancient figures along the way.

We will start small to whet your appetite. For one glass of wine, a 187.5 milliliter bottle is perfect. Named splits or piccolos, these bottles are ideal if you want a solo glass or are sampling a new wine and prefer to taste it before purchasing a standard bottle. This size is often used for one serving of Champagne.

For that tête-à-tête with a good friend or romantic get-together with your partner, a 375 milliliter bottle fits the bill. Known as a Half or a Demi, you get a comfortable 2.5 glasses of wine.

Three may be a crowd but that does not matter when you have 500-milliliter Half-liter or Jennie bottle of wine. This size pours three glasses of wine.

This is the bottle size we are most familiar with. Containing 750 milliliters of wine or five regular glasses, the Standard bottle is the perfect fixture for the dinner table.

A Liter bottle yields 7 glasses of wine. It also has a welcome place at the dinner table as it stretches that bit further than a Standard bottle.

This 1.5-liter bottle holds ten glasses so is perfect to drown your sorrows if your girlfriend leaves you. Just joking! A Magnum, which means “large” in Latin, is still in the territory of manageable for carrying and pouring yet it makes a whole different statement to smaller bottles. A Magnum says, “time to celebrate”. There is also some wine aging wisdom in the use of large bottles – but more on that next.

You get 20 glasses of wine from a 3-liter Jeroboam or Double Magnum, so this is definitely a celebration bottle. About that winemaking wisdom, wine in larger bottles ages more slowly and deeply than in smaller vessels. This is because it does not come into contact with that little bit of oxidizing air in the neck of the bottle between the cork and the wine as frequently. This pocket of air is called the ullage by the way. Here is your first biblical king as well; this size is named after Jeroboam who ruled in northern Israel from 930-909 BC.

Rehoboam was one of King Solomon’s sons and King of Israel from 931 – 913 BC. His namesake 4.5-liter bottle holds 30 glasses of wine. Next up is the Methuselah 6-liter bottle size named after Noah’s grandfather who apparently lived for 969 years and died the day before the Old Testament flood! It is fitting that it holds 40 glasses making this another good party size. Note that in Bordeaux, this size is called an Imperial. We are most certainly entering the territory of two-person pouring with the Salmanazar which weighs nine liters and carries 60 lovely glasses of wine (or a full case). This hefty bottle is named after an ancient dynasty of Assyrian kings.

Balthazar was an interesting fellow. Not only was he one of the three wise men who gave the infant Jesus Christ a gift of myrrh, but he was also the King of Macedonia. His gift to us is the 12-liter wine bottle with a capacity of 80 glasses. You hit the 100 glasses mark with the 15-liter Nebuchadnezzar. This mighty king was the longest-reigning monarch in the Neo-Babylonian empire, on the throne from about 605 BC to 562 BC.

Melchior was King of Persia and another of the three wise men who gave gifts to baby Jesus. His present was nothing less than gold. It is nice to think that there is a connection between his largesse and the 18-liter, 120-glass bottle that bears his name. The famed and much-admired King Solomon has his name on the 20-liter bottle which contains 130 glasses of wine. In some religious doctrines, Solomon is regarded as a prophet as well as a king plus he is said to have had 700 royal wives and 300 concubines. A few Solomons would have kept thirst at bay amongst his entourage! Next is the Sovereign which carries 26 liters of wine and yields 175 glasses followed by the Primat otherwise known as the Goliath. The latter name is apt for this bottle as Goliath was the Philistine giant overcome by King David of Israel who reigned around 1000 BC. You get 180 glasses of wine from this colossal carafe.

Finally, the biggest bottle of them all: the 30-liter Melchizedek or Midas containing an impressive 200 glasses of wine. Melchizedek appears in the Book of Genesis as the King of Salem and a high priest while King Midas is renowned in Greek mythology for turning everything he touched into gold.

Why is there a tradition of naming wine bottle sizes after kings, prophets, and mythological figures? The root of this convention is unclear but is thought to have started in 1700s Champagne when the Jeroboam size was introduced and simply carried on as wine bottles grew larger. Another school of thought says that it makes sense to have wine bottles, which after all contain a beverage as old as time, named after some of the world’s earliest cultural documents.

Keep in mind that while this bottle naming tradition largely stands firm, there is a small handful of regional deviations in France. What is important to remember is that the larger the bottle, the better the tertiary aging. This is why serious wine collectors like to have a Jeroboam etc or two in their cellars! 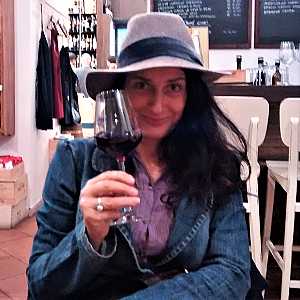 After more than a decade of working as a journalist and editor for international media covering just about every topic under the sun, Lucie Robson decided it was about time she wrote about what she loved: wine. She is Wine and Spirit Education Trust (WSET) trained and has written for Vivino, the International Wine and Spirit Competition and contributes wine news and blogs to a wide range of outfits. Sipping wine is not enough for Lucie; she loves getting her hands dirty in vineyards and has worked behind the scenes at prestigious global wine events. Lucie sees exploring the world of wine as an endless adventure. Wherever she goes, she finds a cava, winery or wine tasting and sometimes turns her living room into a tasting salon. 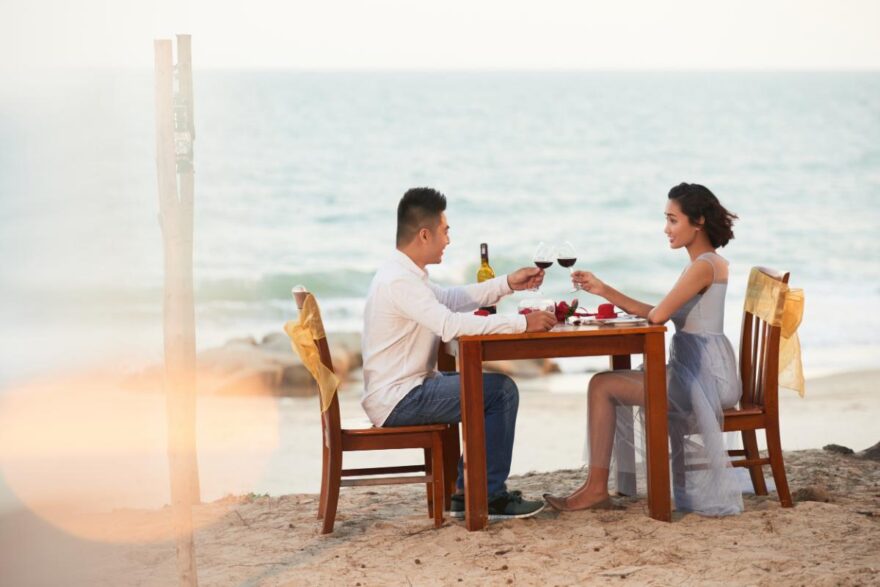 How to Choose the Perfect Wine for Valentine’s Day 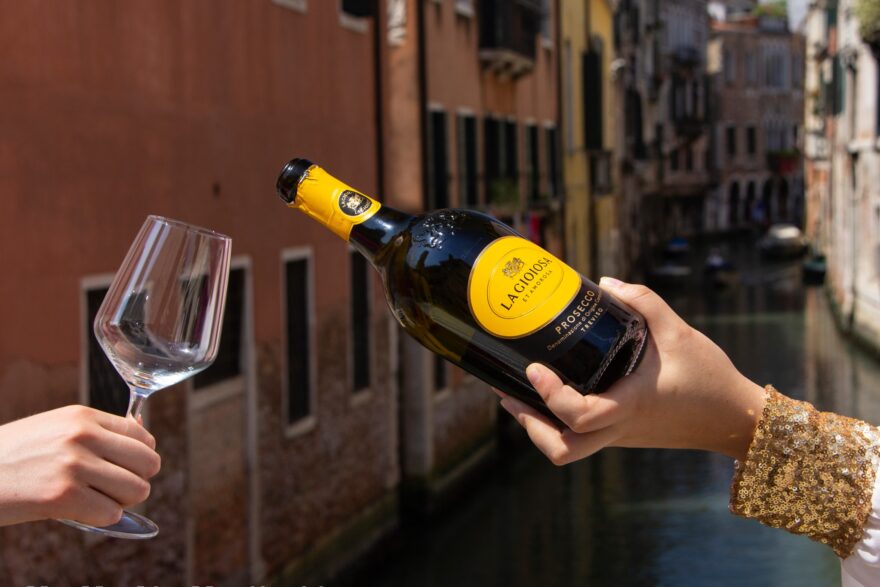 Top 5 Wine Tools & Accessories Every Wine Lover Should Own 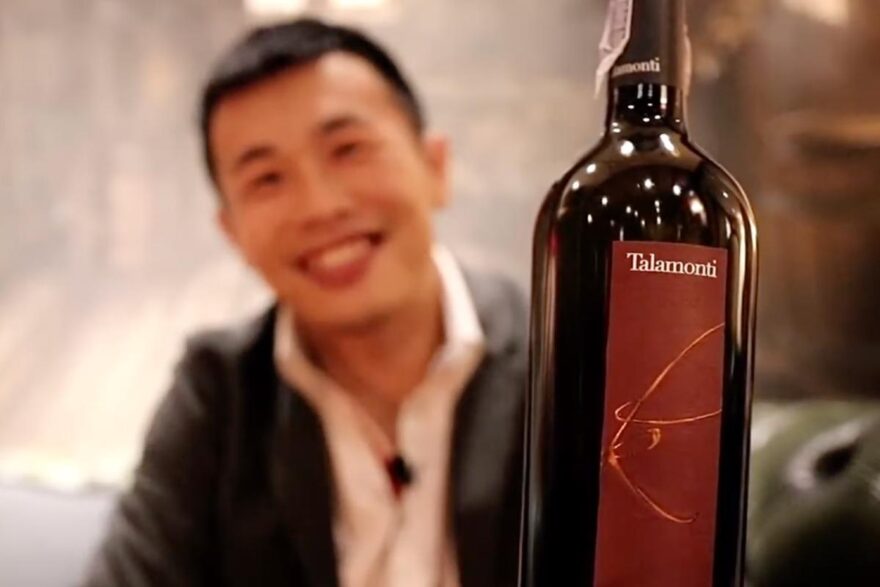 Learn from the pro: Keisuke Nakayama tastes the flavors of Talamonti Kudos