New Latitude Wines are made from grapes grown in regions and countries above the 50° latitude and below the 30° latitude in both hemispheres.

These regions have a tropical or very dry climate, or struggle to get enough sunlight and have harsh winters that make it hard to grow grapes. Thailand, Indonesia, Vietnam, China, Norway, Denmark, and many other countries have taken on the challenge of cultivating grapes under these new latitudes.

A new group of wine regions

Previously, wine regions were part of one of two categories. Old World or New World wines. There are many differences between the two. However, there is now a third category called New Latitude wine regions. This includes parts of Asia, southern United States, northern Africa, as well as part of northern South America.

New world wines are from countries and regions where wine grapes and winemaking practices were imported. These countries include the United States, Australia, New Zealand, South Africa, Chile, Argentina, Canada, and others.

You will notice, both old world and new world wine countries are in relatively the same latitudes 30-50 degrees to be exact. This is the ideal latitude to grow grapes and it presents the least amount of challenges compared to other parts of the world. Most grapes need about 150 to 170 growing degree days or days that are over 50 degrees. This allows the vines to grow, flower, and set the fruit.

Some grape varieties are able to withstand harsh winters while others prefer more mild winters. Of course, grapes are not able to thrive in climates that are very hot and humid (tropical climate) or those that are too dry and have nutrient deficient soils (deserts).

New Latitude Wines are made from grapes grown in regions and countries above the 50° latitude and below the 30° latitude in both hemispheres.

These regions have a tropical or very dry climate, or struggle to get enough sunlight and have harsh winters that make it hard to grow grapes. Thailand, Indonesia, Vietnam, China, Norway, Denmark, and many other countries have taken on the challenge of cultivating grapes under these new latitudes.

Countries close to the 30-degree mark can grow grapes easier than other countries. Those below the 30-degree latitude mark are often too hot and have either too much or too little water.

Tropical climates invite many challenges to winemakers. Because there is such an abundance of water and humidity, there is a high risk for fungus and mildew damage. In some areas, the climate doesn’t allow the vines to go into their dormant phase. This is what happens in the winters when the vines go to sleep, shed their leaves, and store their nutrients for the next season.

Those growing above 50 degrees latitude have too cold of a temperature. The vines are dormant most of the year and there is not enough sun to fully ripen the grapes.

The biggest challenge for new latitude wineries is to train the vines to enter their reproductive cycle, when the grapes grow, during the right season. If not, the grapes could be ready to harvest during monsoon season, which would be equivalent to North America’s winter.

Low latitude wines are the newest phenomenon in the world of wine. While we have executed the growing of grapes in many regions of the world, it is time to take on a new challenge. Growers are increasing their ability to control their climate and adapt their vines to new environments.

Scientists have been working to cultivate grapes that are able to grow successfully in what used to be considered harsh environments. You see this in some New World wine regions such as New York, where grapes are cultivated to not be so susceptible to frost and extremely cold temperatures.

The effects that pesticides, herbicides, and fungicides have is pertinent to the production of low latitude wines. Many of these places have different pests and aphids than other wine growing regions and some humid areas are extremely susceptible to fungus and mold issues.

Even areas that seem to have lots of water already are using irrigation in order to take advantage of vines not going dormant. Some areas are able to successfully have two harvests because the vines do not go dormant they continue to grow grapes. Others are trying to force their vines to have a dormancy period in order to grow higher quality grapes and conserve the minerals in the soil.

Located in Southeast Asia, Thailand has been starting to gain international attention for its wine. Table grapes were plants in the 1960s and that has since expanded into wine grapes. Rot, fungus, and mildew are struggles of growing grapes in this tropical climate, however, Malaga Blanc has been successful on the floating vineyards where picked grapes are transported back to land by canoe.

The grapes thick skins help cope with the heavy amounts of rainfall and humidity. The grapes are also able to withstand a shorter dormancy period and are slower to ripen, being a good fit for a tropical climate.

They are planting a variety of members from the Muscat family. A thick-skinned white grape that is compatible with warmer and damper climates. While most wine production from here is for local consumption, we are sure to see some in the international markets soon.

India was one of the first Asian countries to have a successful wine industry until the phylloxera epidemic hit. After that there was a focus on growing table grapes and raisins, however, we have seen a large increase in the planting of wine grapes.

Being such a huge land mass with a large variety of climates and regions, there are many areas suitable for vines. The climate can also produce two yields a year in some cases. Most vineyards are concentrated in Maharashtra and Karnataka.

China is the top producer of wine for all of Asia and has been recently recognized on an international scale. Most wine produced here is used for domestic consumption and it is rare to find Chinese wines on the international market.

New latitude wines are on the rise and being positively recognized on an international scale. As new regions are developed and grapes are specially cloned to deal with the environments, wine production will increase. Once the domestic demand is satisfied, expect to see these wines on the international market.

High latitude wines, which are mostly grown in Scandinavian countries, have the opposite struggles than those of Low Latitude grape growers. These regions struggle to get enough sunlight and have the potential of frozen vines in, especially harsh winters. It is also very expensive to produce wine here because the cost of labor is high.

There are also benefits to producing wine here. The development of cold-resistant grapes has increased dramatically and there is little to no risk of issues with mold, mildew, fungus, and insects.

Denmark was the first of the Scandinavian countries to start producing wine and is now home to more than 50 growers. They focus on the production of whites, dessert wines, and sparkling wines. Riesling, Pinot Blanc, and Muller Thurgau are the most produced wines.

There is even a wine trail in Denmark and they have been focused on increasing tourism within their wine industry, although most of it is focused on a domestic scale.

Sweden focuses on growing Merlot, Rondo, Pinot Noir, and Chardonnay. It produces the most reds out of all the high latitude regions. Like Denmark, the cost of production is high so the wines are quite expensive.

A unique challenge that Swedish wine producers face is the fact that they cannot legally sell wine at the wineries. Wine must be sold to government-run alcohol shops. This makes the ability to have any sort of wine tourism industry quite impossible.

Oddly enough, Sweden is home to quite a few wine education centers and they have a large focus on educating their workers in the wine industry.

Riesling, Muller Thurgau, Pinot Blanc, and Vidal are some of the most popular grapes grown here. It is almost all white grapes grown here and they have more variety than most high latitude countries. Some growers have successfully cultivated vines to be grown indoors.

Norway is also home to the northernmost grown grapes in the world. Bjorn Bergum grows grapes at 61.2 degrees north.

The wine industry is going through some very interesting changes and literally taking wine where it has never been before. It is only a matter of time until these low and high latitude wines are seen in stores and a regular thing in all wine markets.

Scientists and agriculturalists are working hard to cultivate grapes that are resistant to the challenges of these latitudes and allow grape growers to have successful harvest year after year.

Christina graduated from Central Washington University in 2016 with a Bachelor of Science in Global Wine Studies. Amidst her studying and traveling to France, she worked in Alaska during the summers of her college years. After graduating and working in Washington at her favorite wineries for a couple years, she made the move up to Alaska to pursue other life goals. She has since been enjoying the views and the fishing while continuing her career in the wine industry as writer/consultant. 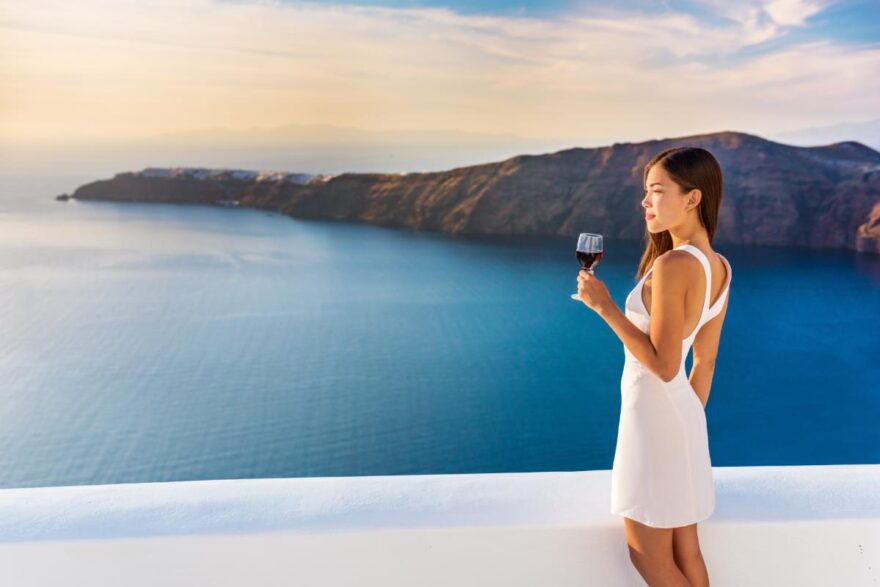 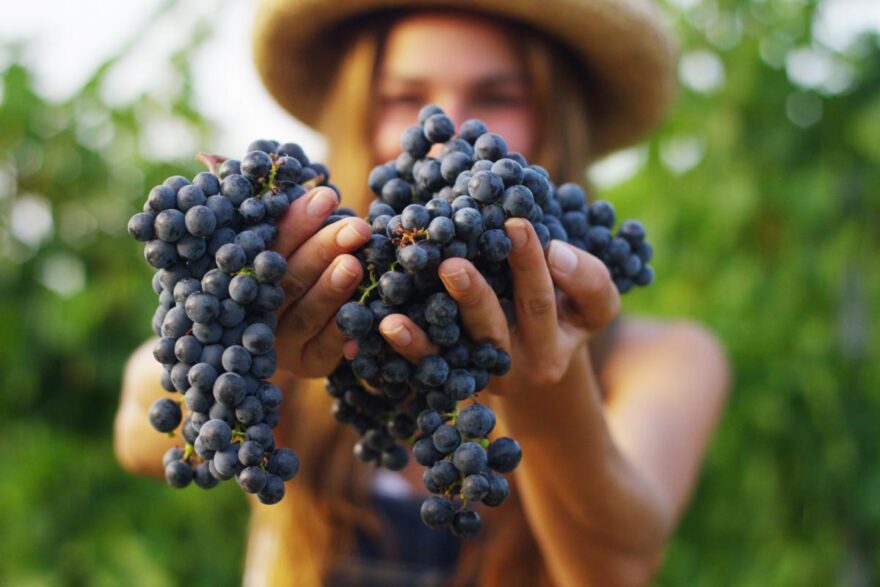 The Most Popular Types of Wine Grapes 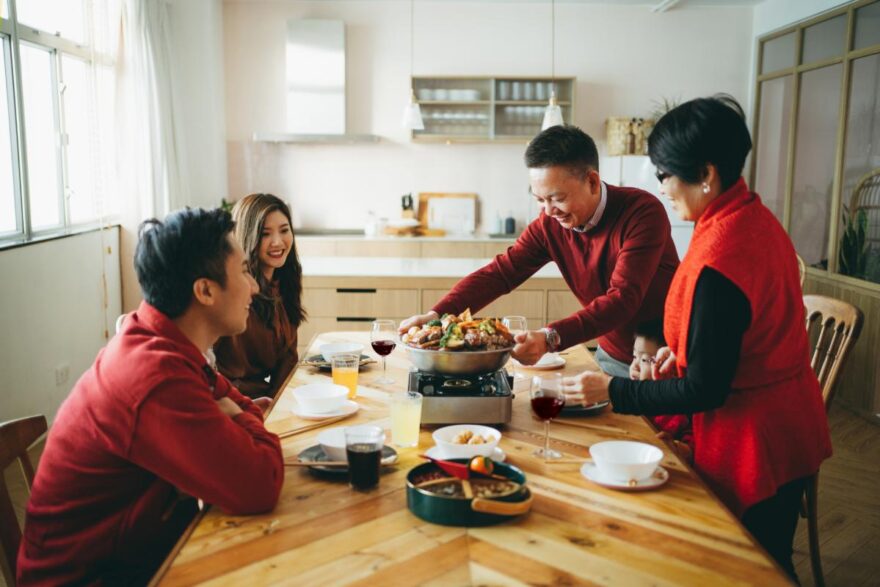 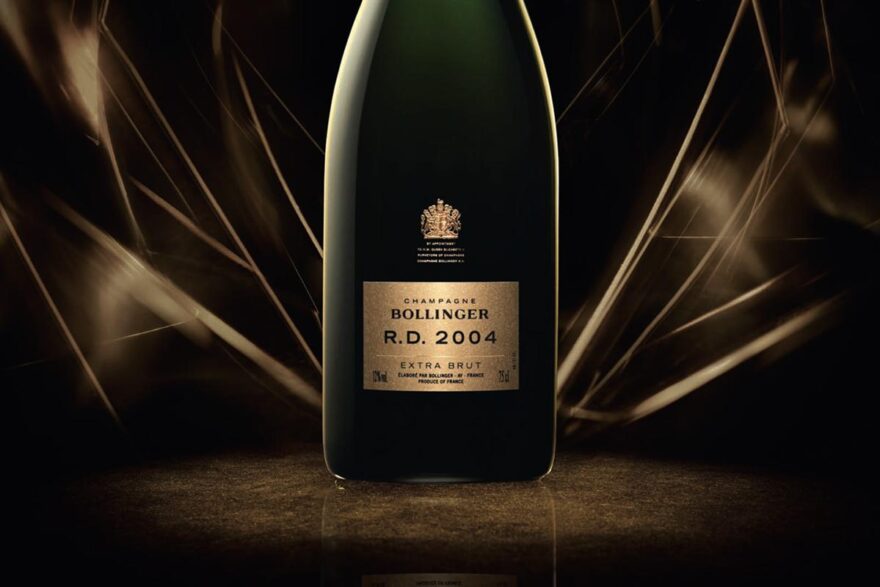 Bastien Mariani reveals to us 5 secrets of producing Champagne